So After spending 2 months instead of 2 weeks in Isla Mujeres Mexico, we took the decision to wait no longer and start provisioning the boat, and to start looking for a weather window to leave for Sweden. It is sad not being able to go the route we had set our minds into But Countries are not opening up quickly and there is so much uncertainties right now because of the virus. Hurricane season is getting closer and so is the window of crossing the Atlantic. It is time.

Provisioning for a crossing is hard work, especially when we don’t know our next stop. All the food shopping that needs to be done is though when you’re multiple people doing it, now only one can go to the store at a time and that limits the amount you can carry at a time. Even if we kind of knew what we wanted we are limited to the things that are available on the island. Their can good veggies selection wasn’t really great but we had to make do mostly with mushrooms, corn and bell peppers. But we got heaps of tortillas salsa and nachos of course 😉 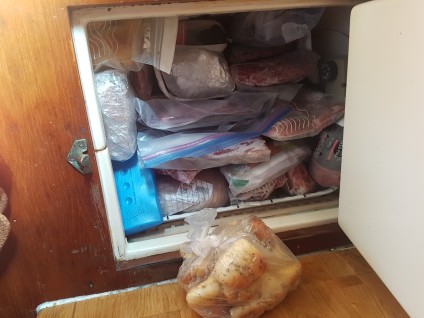 The boat of course also needed some fix before we leave: 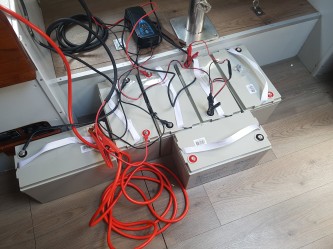 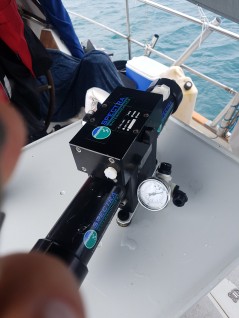 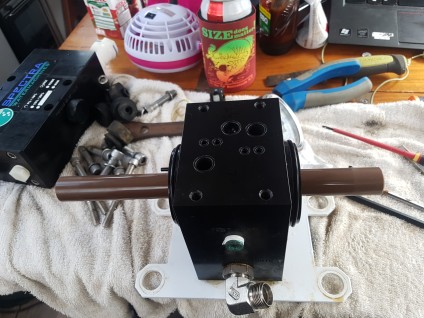 So the to do list for the boat was done and most of the shopping done now we only needed some good weather. We aimed for one day and the whether shifted and it was NO BUENO. There was also a expected thunder storm coming our way and it was angry. While sitting in our cockpit the lightning struck a boat in front of us and the sound echoed throughout the anchorage. The whole experience felt very surreal and it made me feel very small. We heard on the morning net the day after about a boat that gotten hit, that their VHF radio had died along with some other electrical gear. We felt sad for them but also lucky we weren’t hit. BUT in the end that was not the case. While the storm was upon us we pulled the cords for the plotters and radar. But our wind sensor got hit along with the NMEA communication on the screens. That meant we were now without wind speed and direction on our screens. We could still rely on our wind arrow in our mizzen mast for direction but we have no way of knowing the speed any longer except for a small handheld ( not that reliable). So we will have to make do what we have.

After waiting and moving our departure, for over a week the amount of boats planning to leave increased first it was two then five and in total when the weather window seemed stable and long it was seven, us included.

So before leaving we went over to Michelle and Steve on their boat Pili Aloha and to have Pasta dinner. We had a nice time and played some games, we will miss them terribly. During the night we also invited ourselves for a pizza gathering. Garry on Northern sky and Lisa and Ken on Minaki were also leaving the same day as we planed. We ended up staying an extra day and ended up being the last boat in the group of seven to leave. But we were going further then most. 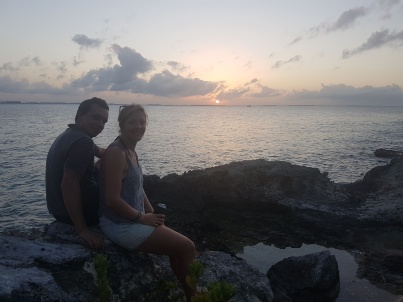 So as we stayed an extra day we could attend Monica’s B-day on Maverick on our last night in Isla. Maik had invited us  for Pizza on Sv Seefalke, so he would bring the pizza to Maverick and we did not have to bring anything. It was a lovely evening to end our really lovely time in Mexico

The last thing we needed to do was posing our satellite phone info so people can track us on the ocean and to emailed Bermuda saying that we will most likely stop there even if they do not really want us to. We said our good bye and set sails… Next stop Bermuda